Adam Conrad has announced the release of Ubuntu 16.04.1, the first maintenance update of the distribution's latest long-term support branch. This version is provided for users performing new installations of Ubuntu 16.04 (or any of the official Ubuntu flavours) while existing Ubuntu 16.04 users can gain the same package updates through their package manager. The release notes and change summary have details. "The Ubuntu team is pleased to announce the release of Ubuntu 16.04.1 LTS (Long-Term Support) for its Desktop, Server, and Cloud products, as well as other flavours of Ubuntu with long-term support. As usual, this point release includes many updates, and updated installation media has been provided so that fewer updates will need to be downloaded after installation. 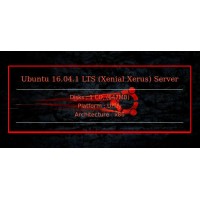