Soren Jacobsen has announced the release of NetBSD 6.1.4, the latest stable version of NetBSD incorporating all the recent security and bug fixes, including a fix to OpenSSL's "heartbleed" vulnerability. Simultaneously, the 6.0 branch was updated to version 6.0.5. From the release announcement: "The NetBSD Project is pleased to announce NetBSD 6.1.4, the fourth security and bug-fix update of the NetBSD 6.1 release branch, and NetBSD 6.0.5, the fifth security and bug-fix update of the NetBSD 6.0 release branch. They represent a selected subset of fixes deemed important for security or stability reasons, and if you are running a prior release of either branch, we strongly suggest that you update to one of these releases." Important security fixes include: "posix_spawn unbounded kernel memory allocation; OpenSSL information disclosure.". 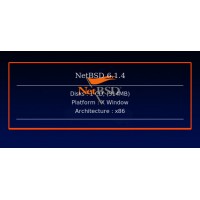