The OpenBSD team has announced the availability of a new stable release of their security-oriented operating system. The new release, OpenBSD 6.0, introduces many bug fixes, improved driver support for many devices and fixes a number of potential security issues in OpenSSH. The new release also features a new tool, proot, for building software ports in an isolated chroot environment. Support for the VAX platform has been dropped for this release. "New/extended platforms: armv7 - EFI bootloader added, kernels are now loaded from FFS instead of FAT or EXT file systems, without U-Boot headers. A single kernel and ramdisk are now used for all SoCs. Hardware is dynamically enumerated via Flattened Device Tree (FDT) instead of via static tables based on board id numbers. Miniroot installer images include U-Boot 2016.07 with support for EFI payloads. vax - Removed." 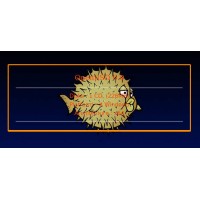